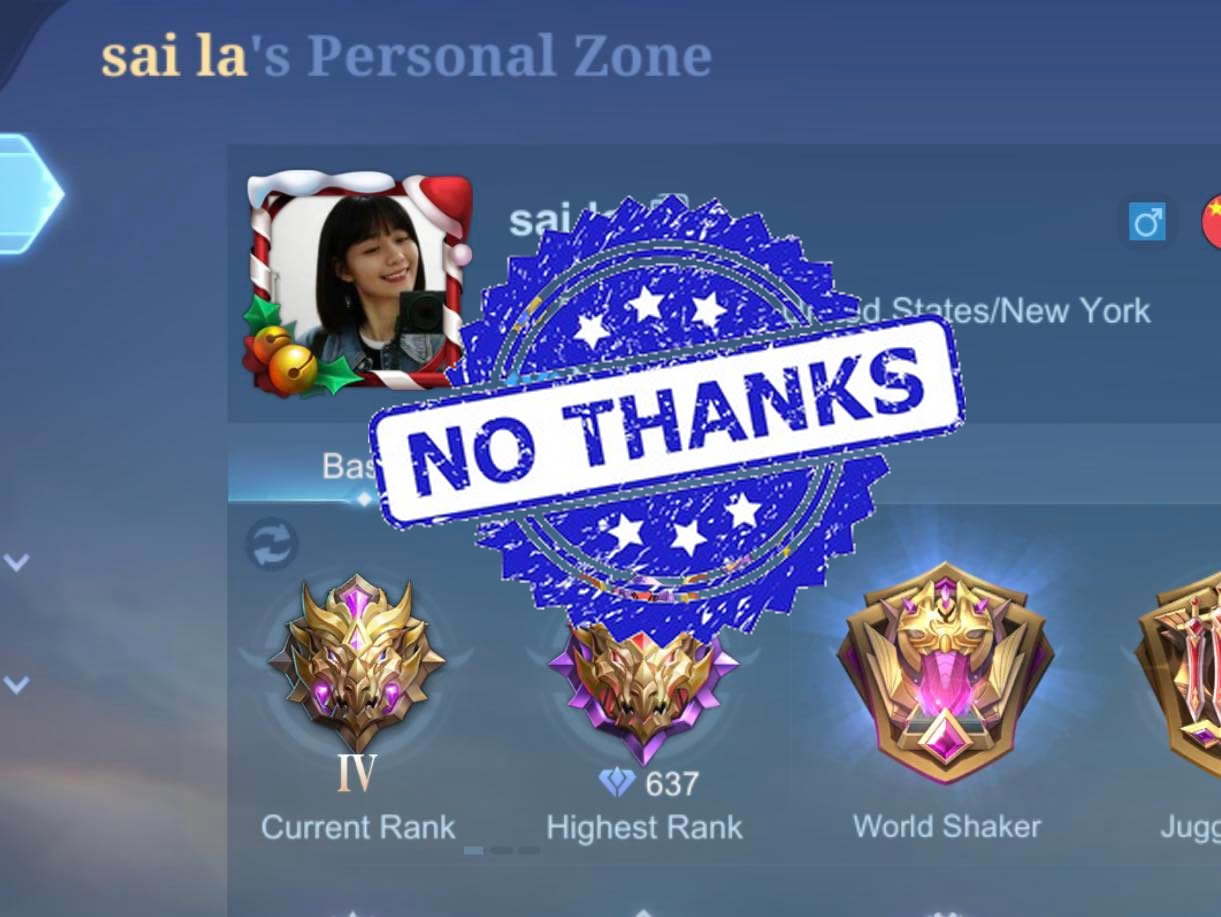 Welcome to Hall of Shame for another episode of delusional and toxic player of Mobile Legends!

Today we feature a troll under Mythical Glory rank, to prove that no matter how far you have climb the ladder there will always be toxic and stupid player who put themselves before their team. This player took it a step further by trying new hero in classic instead of AI mode, managed to feed and private messaging ally post-game just to vent their incompetence.

Battle ID for identification is 375863327129794631. Player’s location is in New York, zipcode will be provided once we have data on access IP address.

Under Bronze medal, this player managed get killed 7 times in a 13-min match –near 50% of entire team death count, 1 death per every 2 minutes. As we reviewed the gameplay, this player did not engage in team fight most of the times but when the player did, he or she positioned himself for the most damage taken for a new mage. This playstyle is most seen in new ML players, but unfortunately he isn’t.

We undoubtedly suspect Sai la has a KDA of less than 3.5 and WR lower than 60% and alas we are correct. This belongs to the low end spectrum of Mythical Glory rank. Perhaps it might have been a boosted account or carried throughout.

To add salt into the injury, this player continued to harrass the MVP Balmond despite he was the toxic and bad player in this match. It’s ironic that some people is just full of themselves to admit they are any wrong: lowest team fight participation, highest death rate, lowest turret damage yet highest damage taken.

Note how Sai la mocked his ally for 53% WR as garbage, but we like to point out that sai la’s WR in the screenshot above is 51.82%.

Conclusion: The education system has failed a lot of kids in New York, USA; and that includes Sai la –player of server 2516! This player information and behavior have been forwarded to ML internal mods for assessing proper penalty.

See you guys again next time in Hall of Shame!

Which Tank should you pick to counter?