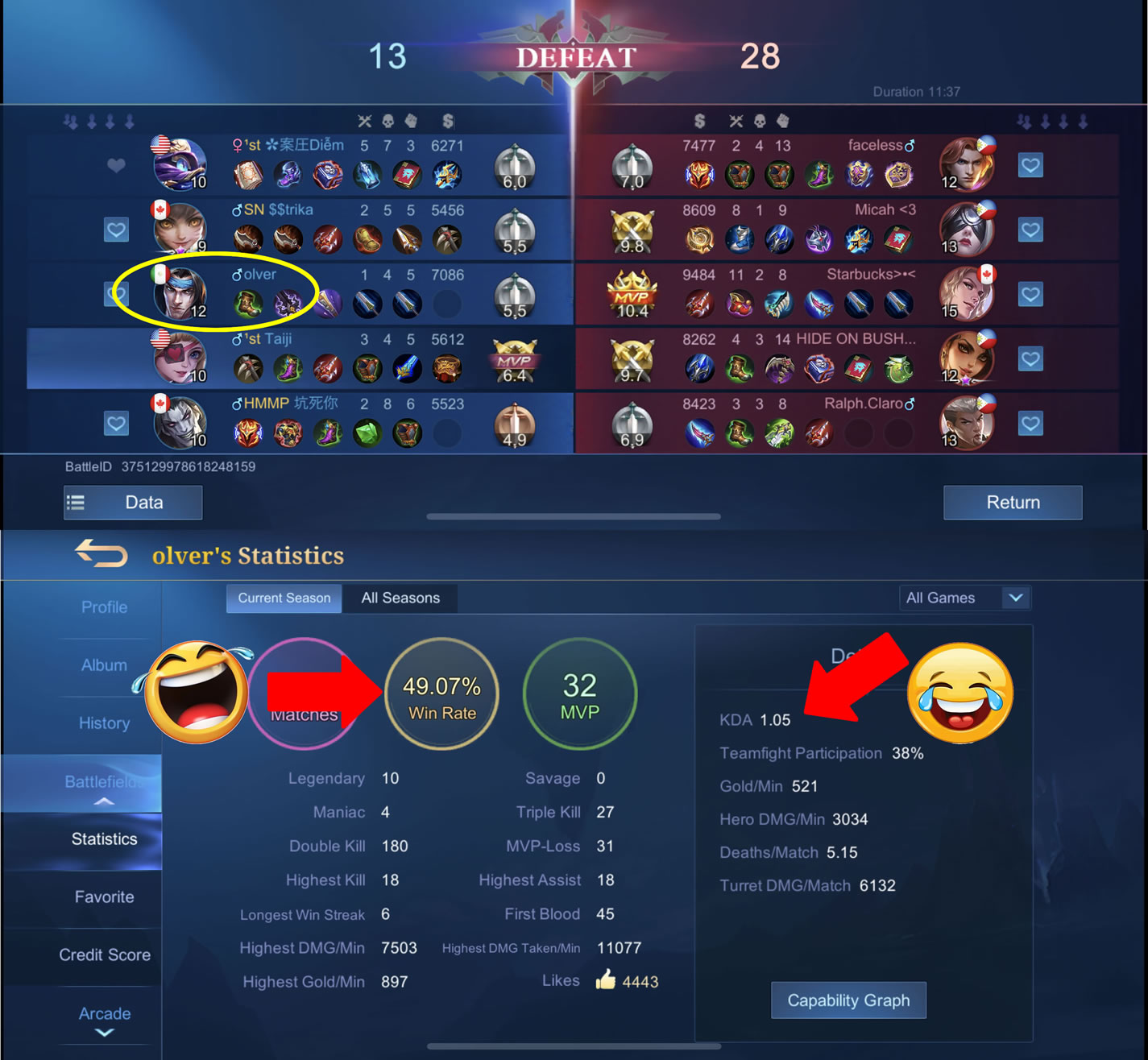 Hall of Shame hereby welcomes another arrival of toxic and trash talker of Mobile Legends!

Today we feature a new map-unwareness, toxic and lane hugger in Mythic rank match, to prove that no matter how far you have climb the ladder there will always be stupid player who has no idea how MOBA works. This player took a step further by harrassing other ally who has better teamfight participation, rotation and kda than him after the game.

As we investigate more into this player, turn out he has a KDA of 1.05 — this is one of the lowest KDA we have ever seen! –which also explains his 49% WR after nearly 500 matches this season. The KDA reflects your ability and strategy in general teamfight and balancing between pushing/assisting your allies. KDA of 1 means you feed more than kills, key battle participation and turret damage.

His All Seasons winrate is currently sitting at 48% out of 5325 matches, once again belongs to L1 the lowest category on our scale of player capability. We have concluded that it’s unfortunate for anyone who get matched up with this ultra low-skill, toxic human being of a MOBA player. You may get an unspportive game from olver (1.05 KDA) but in return you will get full toxicity from this highschooler.

In this photo he’s projecting himself on the Ruby player who was the MVP of the team.

Verdict: Blacklist at all times, avoid at all costs.

So what’s Natalia up to now?

Masha does what she does best